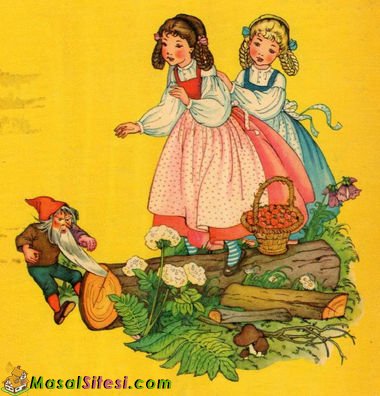 A poor widow once lived in a little cottage with a garden in front of it, in which grew two rose bushes, one bearing white roses and the other red. She had two children, who were just like the two rose bushes; one was called Snow White and the other Rose Red, and they were the sweetest and best children in the world, always diligent and always cheerful; but Snow White was quieter and more gentle than Rose Red. Rose Red loved to run about the fields and meadows, and to pick flowers and catch butterflies; but Snow White sat at home with her mother and helped her in the household, or read aloud to her when there was no work to do.

The two children loved each other so dearly that they always walked about hand in hand whenever they went out together, and when Snow- white said, “We will never desert each other,” Rose Red answered: “No, not as long as we live”; and the mother added: “Whatever one gets she shall share with the other.”

They often roamed about in the woods gathering berries and no beast offered to hurt them; on the contrary, they came up to them in the most confiding manner; the little hare would eat a cabbage leaf from their hands, the deer grazed beside them, the stag would bound past them merrily, and the birds remained on the branches and sang to them with all their might.